forest liability is almost a Paraná 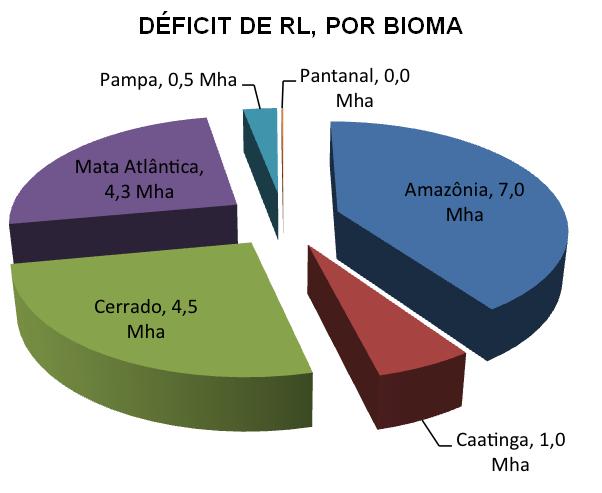 In the spring of Sweden, where she works as a visiting professor at the University of Chalmers, Gerd Sparovek, USP, ran a new database to calculate the impact of the Forest Code. The result of the most recent estimate is that there is a liability of at least 174,000 square kilometers of Legal Reserve on farms. The area is about the size of Paraná state and must be recovered or compensated from the rules in force since 2012.

Sparovek was one of the first – and rare – researchers face the challenge of estimating what might happen when the new Forest Code come out of the paper, at the time the law was still pending in Congress.

The task is complicated, especially when you try to calculate the impact of the Forestry Code of the Permanent Preservation Areas (PPAs). Missing the researcher more precise information on rivers and springs, for example.

more accurate calculations on the effects of implementation of the Forest Code will only be possible after all owners of 5.4 million rural properties and possessions of the country enroll in the Rural Environmental Registry (CAR) and the data are released on the satellite images high resolution. And it will take at least two years.

For now, there are only estimates. The most recent, produced by Professor Sparovek, although inconclusive about the need to restore the area of ​​native vegetation in APPs, displays important information, especially on the areas on the banks of rivers.

According to the researcher, there are 300 square kilometers of PPAs on the banks of rivers occupied with cattle and crops. One part will have to be restored from the rules that consider not only the width of the rivers, but the size of the properties (the smaller the property, the lower the requirement for recovery). “Approximately half of the riparian PPAs have agricultural use, but in some biomes such as the Atlantic, the percentage is higher: 73%,” says Gerd Sparovek. “Another important information is that there are three times more pasture in the PPAs than crops,” he added.

In the calculations of the impact of the Forest Code, the researcher also estimated the area of native vegetation that is not protected or in the form of legal reserve, or in the form of APP. These are areas that may be cleared, if there is interest for its use in agriculture or forestry extraction, within the limits of the law and subject to licenses  granted by states. These “unprotected” areas, concentrated in the Cerrado and Caatinga, totaling 957,000 square kilometers. It is more than the territory of Mato Grosso. The pressure on the Cerrado areas is higher.

As a general rule, indicate the results of the study Sparovek, the more protected the biome and the greater the legal reserve percentage required, the greater is also the liability. Topping the list is the Amazon, where the data point to the need for compensation or recovery of 70 000 square kilometers of deforested legal reserve at odds with the law. What is three times the size Sergipe state.

The Cerrado is following in the ranking, with 45 square kilometers (slightly more than the area of ​​the state of Rio de Janeiro) of vegetation to be recovered or compensated in the various forms provided for by the Forest Code. These forms range from simple natural regeneration, the partial planting of exotic species, the purchase of Environmental Regularization Quotas (CRAs), or the restoration by replanting of native species.

The Atlantic Forest is the biome with the largest liability in relation to the legal reserve required. This is where the ability to offset the RL liability will be more complicated, “Who seek areas to compensate for properties of vegetation deficit in São Paulo or Parana, find the largest deals of Atlantic Forest in Bahia and Minas Gerais”, estimates researcher .

There are 43 square kilometers of Legal Reserve liabilities in the biome, according to the estimates of Sparovek. In all the estimates made for the Forest Code there is a degree of uncertainty in the figures, confirms the researcher.

The numbers of legal reserve liabilities are lower now than estimated by the same Sparovek last year or the teacher Britaldo Silveira Soares Filho of the Federal University of Minas Gerais (UFMG). Soares is the author of a study commissioned by the Secretariat of Strategic Affairs (SAE) on the impact of the Forest Code. With caveats about the uncertainty that involves accounting, he estimated the liability at 210 square kilometers, including Permanent Preservation Areas.

“In our case, we manage uncertainty. In fact, when we say that the deficit is both legal reserve, we are actually saying that the deficit is at least as much. We are sure that is bigger, but not exactly know the most about. With this, even uncertain, that number becomes useful in management and who need to make any decisions before more accurate results are possible. You can count on at least that or be prepared for at least that much, “says Sparovek.

According to Raul do Valle, Policy Coordinator and the ISA Environmental Law, the numbers raised by Sparovek are preliminary and forest liability may increase: “Some law enforcement rules are still under discussion, and depending on how they come to be defined, estimates, as opposed to being conservative, are very optimistic. ” Valle points out that there is a strong lobby of rural unions to relieve reserve Legal rural properties located in the Cerrado, claiming that the biome this institute becomes only worth in 1989 and therefore open farms before that date would not need to make reservations recovery Cool . “This is something that is still open and can have enormous impact on the liability account,” alert.