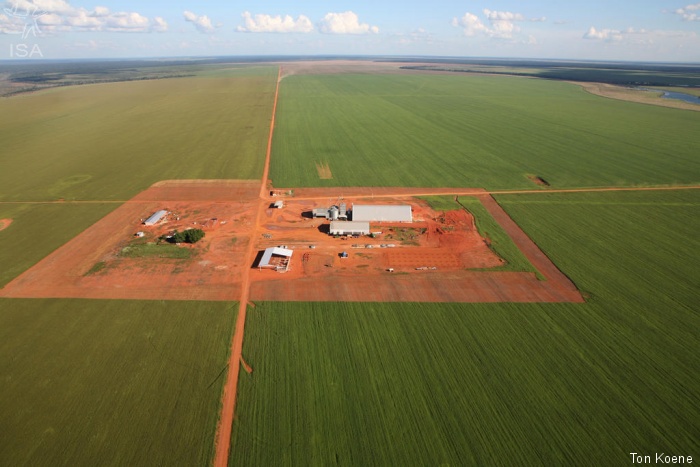 When an owner or possessor will make the registration of your property in the Rural Environmental Registry System (Sychar), is required to provide various information. With them, the CAR allows visualization of the environmental situation of rural properties in the country and can be the basis for regularization strategies provided for in the current Forest Code (Law 12,651 / 2012). The success of these strategies depends, however, the transparency of information is registered. Such information involves the property georeferencing, with cleared areas and to be restored, the areas of consolidated use and, if any, the location of the Legal Reserve (RL). The cadastrante must also present proof of possession of documents or property and the owner data, possessor or directly responsible for rural property.

Total and active data transparency is a prerequisite for the success of the recovery objectives of environmental liabilities set out in the Forest Code, say experts heard by the ISA report. This is because transparency allows social control, increases the efficiency of state control bodies and allows agricultural commodity market participants are aware of their suppliers and their environmental compliance.

The Federal Constitution, international treaties signed by Brazil, different legal standards and experts in environmental law underlying the argument of those who defend the full transparency of data CAR. At the same time, sectors of agribusiness and government, contrary to the provision of data, pose barriers to the provision of information to the population.

Legal opinion produced by the ISA meets the legal basis for the active and full transparency of the information contained in Sychar. Among the orders that allow the conclusion that transparency should be the rule are: the National Environmental Policy (Law No. 6.938 / 1981); the Access to Information Act (Llei No. 12,527 / 2011.); the Forest Code itself; Decree no. 7830/2012, which created the Sychar; and Resolution No. 379 of the National Environmental Council (CONAMA). The Constitution and international treaties signed by Brazil establish the right of every community participation in public policies involving the environment, which implies access to information. ( Read the note in its entirety )

Law says one thing, does another government

Even with the legislation establishing the transparency of information should be adopted, the Ministry of Environment (MMA) published Normative Instruction (IN) No. 03/2014, that “establishing the Integration and Security Policy of Sychar information.” The device puts secret personal and financial data of squatters and owners and raises criticism from lawyers and experts.

With the measure of MMA, are confidential information that identifies the owners or occupiers and their property or possessions, such as CPF, CNPJ, name, physical address and e-mail. Nor those that permit the association means of production or agricultural or agro-industrial production results of a rural property of their respective owners or holders and other property information.

Janaina Rocha, executive manager of Community Forests of the Brazilian Forest Service (SFB) – the body responsible for managing the Sychar at the federal level – believes that the transparency of personal and financial information could jeopardize the safety of the owners or occupiers and their families. This is one of the arguments used by agribusiness sectors opposed to full transparency of data. Another is the illegality of the availability of data, which is not sustainable in view of the legislation.

Alice Thuault, public policy analyst at the Center of Life Institute (ICV), does not agree with the argument of the uncertainty of cadastrantes, she considers it a “lever of fear.” “The CNA [Confederation of Agriculture and Livestock of Brazil] are using this very argument. Now, Mato Grosso, Rondonia and Pará have provided the 2007 registration data by 2012 and there was no increase in crime, “he says. The states mentioned have started using the CAR before the Forest Code in the context of strategies for reducing deforestation rates in the Amazon.

“From the point of view of having an instrument of social control, supervision and monitoring, without these data [personal and property] does not have much to do,” said Brenda Brito, a researcher at the Institute of Man and Environment in the Amazon ( Imazon). “If you have the shapes [the perimeters of the areas of real estate] and do not know who is the earth, can make various analyzes, but does not know who, do not know if you’re buying a product that comes from this area,” he added.

After Recommendation (No. 01/2015) of the Federal Public Ministry (MPF) for full transparency of data, MMA has launched the public consultation module Sychar. It is possible to know the location of the properties registered in the system, the number of registered properties by municipality, the registered area and data on the number of overlaps with public lands, among other information. The module launch took backlash from agribusiness sectors. The CNA has come to present a representation for personal accountability of the Minister of Environment, Sarney Filho, by the Attorney General’s Office (PGR) .The report came in contact with the CNA, but the organization declined to comment.

The public consultation module is an important step forward, but there are still gaps. According to Daniel Azeredo, coordinator of the 4th Chamber of Coordination and Review of Federal Public Ministry (4CCR / MPF), the recommendation was partly fulfilled. “The problem is this: has progressed but is still incomplete. You need to move more to full transparency. ” Still missing disclosure precisely the personal and financial data.

“Normative Instruction No. 03/2014 concerns an illegal and unconstitutional as it precludes, without lawful authority, the exercise of the fundamental right to environmental information, which belongs to the whole community,” write the ISA lawyers in the technical note.

The Center’s Forest Code, which brings together civil society organizations – including the ISA – around the goal of promoting the implementation of the Code, has already presented a number of suggestions for the improvement of Sychar. Among them is the withdrawal of that IN and active transparency of data, including personal and property. Read the suggestions .

Transparency helps in the fight against illegal uses of CAR

With the access of civil society to the CAR data, new actors, beyond the state can participate in monitoring efforts and control over the registered data and the actions set out in the Forest Code. “Putting secrecy prevents the CAR is used as environmental control instrument and you can not use this tool to what he should be serving,” considers Brenda Brito.

In addition, transparency and consequent social control can reduce the use of CAR in fraud, such as attempts to use the registry to legitimize invasions and land grabs. Read the first article of the ISA series on the CAR and learn more about the problem.

Daniel Azeredo, the MPF, explains that one of the main fraud using the CAR is the use of “oranges” – people who, consciously or not, have their names and data used in illegal activities. In the case of CAR, for example, there are records of entries made by squatters on behalf of such persons, to mask who really is the record and make it harder to identify the land invaders. “With transparency, it becomes easier for the investigative bodies and civil society itself to get that data,” he says.

In addition to the society as a whole, with the transparency of information, market players have the ability to check the status of regularity of its suppliers. No public data, refrigerators and traders of grain, for example, are no instruments to collect compliance with the Forest Code of suppliers and identify which of them are within the law. Run, so the risk of having in their chain products from environmentally irregular farms. In addition, citizens themselves are no way to know if what they buy in the supermarket is manufactured in accordance with the law.

In the international market of commodities, there are rules to which the products are sold. They involve no connection with the illegal deforestation and slave labor, for example. Gabriela Savian, agronomist and environmental consultant, believes that for an exporter to verify compliance with the environmental rules of its suppliers, is required transparency of information is registered.

The Brazil Climate Coalition, Forestry and Agriculture – which brings together civil society organizations, representatives of agribusiness, researchers and businesses – published a note in which defends the “full transparency of data, records and environmental and land information systems.” Signed by representative of WWF Brazil, the director of the Brazilian Rural Society and representative of Cargill, the food industry giant note says: “The movement believes that transparency brings legal certainty to agricultural production, because it clearly defines the line between producers regular, or statutory regulation, those who would tarnish the industry’s image. “

“From the moment that can separate who is doing right and who is doing wrong, if you can buy different,” says Alice Thuault. Through this movement, according to the researcher, the consumer is placed as a supportive force for environmental regularization of real estate.

This was observed in Pará even before the CAR become a reality for the whole country. In 2009, the Brazilian Institute of Environment and Renewable Natural Resources (IBAMA) and the Federal Public Ministry (MPF) fined dozens of farmers – for illegal deforestation account – and refrigerators they bought the meat from these suppliers. The actions called for a total of R $ 2 billion in damages.

The MPF signed a Conduct Adjustment Term (TAC) – known as TAC of Livestock – signed with the refrigerators and the state government. The agreement provided that slaughterhouses could only acquire cattle from farms that meet certain requirements: not on the list of bans and fines of IBAMA; does not have deforested areas detected by the National Institute for Space Research (INPE); have the CAR; not be superimposed on Conservation Units (CUs) and Indigenous Lands (TIs); and not in the slave labor list of the Ministry of Labor.

Imazon did a study – focused on some of the refrigerators that signed the agreement – on the impact of the TAC: prior to the agreement, in 2009, only 0.19% of the farms that sold for refrigerators had analyzed CAR registry. In 2010, soon after the signing of the TAC, 60% of the refrigerators of the suppliers had the order. In 2013, that number jumped to 96%. Brenda Brito believes that, if not for the transparency of personal and financial data – today, Pará is the only state to make these data available – the verification of compliance with requirements of the TAC would not be possible.

Lack of transparency of environmental data is generally

Secrecy of Sychar data is inserted into a larger context of lack of transparency of environmental information in Brazil. ICV study on the situation of the nine states of the Amazon makes clear the problem. Focusing on six agendas – Environmental Regularization, Forestry, Livestock, Land tenure, soy, hydroelectric – the study examined the availability and quality of information provided actively and passively by state and federal agencies responsible for environmental control and the regularization land. The result was an overall rate of 24% transparency.

Para, according to analysis, was the most transparent state, with a content of 49%. The authors write that the state “has adopted specific instruments that allow the publication of key information for environmental control with format, detailing and appropriate updates. This is the case, for example, of the CAR of the information provided, including with the registration information […]. ” On the other hand, Amapá was the state with the worst of active transparency index, only 3%. Read the study.

Another survey, with the active transparency index information on the implementation of the Forest Code, examined 14 types of data – including CAR – on four criteria: availability, details, update and format. The survey was conducted in partnership between ISA and the ICV at the Observatory of the Forest Code, with support from the Amazon Institute for Environmental Research (IPAM) and the Norwegian Agency for Development Cooperation.