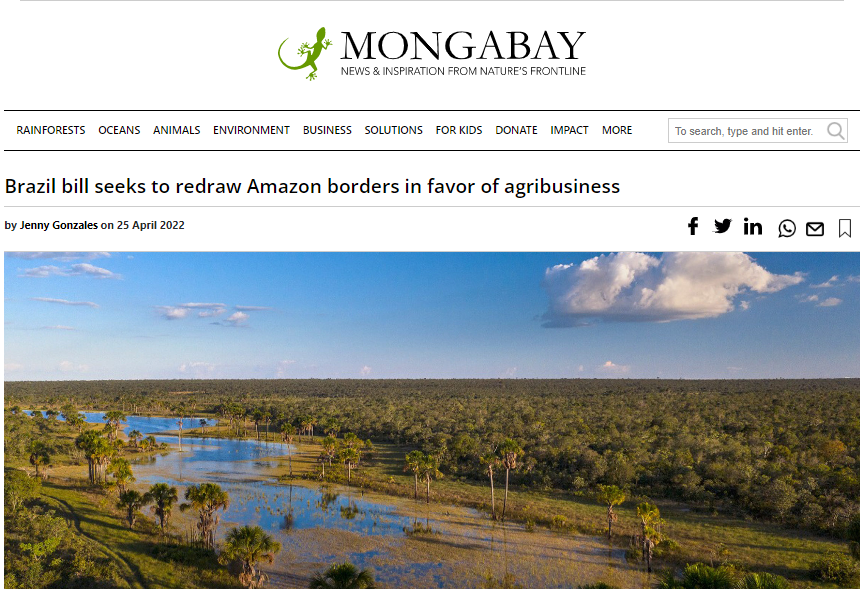 “The Mato Grosso governor doesn’t want the responsibility of complying with forest preservation indexes, but he wants to keep the tax benefits,” del Giudice said

25 April 2022 – In an interview to the Mongbay newspaper, Roberta del Giudice, executive secretary of the Forest Code Observatory spoke about bill 337, which seeks to redraw Amazonian borders in favor of agribusiness.

Rural properties located in the Legal Amazon must, by law, maintain 80% of native vegetation in forested areas — dubbed the legal reserve — and 35% in Cerrado areas. PL 337 proposes that the legal reserves in both biomes be reduced to 20%. It also calls for dropping a requirement to restore deforested lands, which currently amount to 3.3 million hectares (7.4 million acres).

“The approval of this bill would cause a great environmental impact in the state, which is already facing a water crisis,” Roberta del Giudice, an environmental lawyer and executive secretary of the Forest Code Observatory, told Mongabay by phone.

The Pantanal wetlands south of the Amazon would also be affected, she said, as the biome depends on the precipitation generated by the rainforest to feed its rivers and swamps.

Why Brazil needs its Legal Reserves

Why Brazil needs its Legal Reserves